Vitamin K used to be a super secret agent.  A few scientists were privy to its powers to protect your skeleton but they weren’t talking.  Vitamin K has now been outed.  It’s making headlines and has  become the hot new nutrition celebrity – especially when it comes to strong bones.

What is vitamin K? 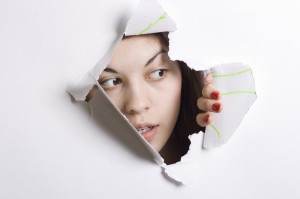 You may have heard of vitamin K as the nutrient in charge of normal blood clotting.  But that’s old news.

Recent research highlights vitamin K’s other role: putting calcium where it belongs – in your bones – and keeping it out of your organs and blood vessels.

What kind of vitamin K do your bones need?

Like the vitamin B family, there are various forms of vitamin K and each has its own specialty.

The two main forms are:

Vitamin K1 is the blood clotting agent but K2 is where the action is for your bones.

How does vitamin K2 build bones?

Here’s how it works.  Vitamin K2 is like a tow truck that hooks onto osteocalcin, a protein that helps anchor calcium in the bones.  It drags osteocalcin to the bone so calcium can deposit there and stick and do its work.

If there’s a vitamin K deficiency, what happens?  Osteocalcin hangs out in the blood stream and doesn’t get to the bones which then can’t hold on to calcium.  Not only do the bones become porous, but calcium collects in the arteries or organs and hardens there.  Yikes.

The dance of vitamin K and vitamin D

Vitamin K2 strengthens bones in another way.  It joins with vitamin D3 to increase production of osteocalcin in the cells that build bones (osteoblasts), but it also inhibits production of cells that break down bone (osteoclasts).

The combination of K2 and vitamin D3 is more effective in preventing bone loss than either vitamin alone.

In one study of 92 postmenopausal women, those taking only calcium suffered a loss of bone mineral density in their lower spine, while those given either D3 or K2 had a slight increase.  However, those taking both D3 and K2 fared best with an increase in bone density of 1.35%.

How do we get vitamin K from food?

We can get vitamin K2 several different ways.  It can be produced by bacteria in cultured or fermented foods.  In fact, the richest dietary source of K2 is natto** (naturally fermented soybeans).  Another good source is miso.

We can also convert K1 to K2 in our intestines through the operation of our own gut bacteria.  However, if you’ve been taking antibiotics, your gut flora may be out of balance and not up to the job of converting vitamin K.

Another way to get K2 in your diet is eating animal products because, just as we convert K1 to K2 in our own intestines, so do animals.  Grass-fed cows and other ruminants are good sources, and vitamin K2 shows up in animal fats found in products like liver, milk, butter, cottage cheese and cheese.

Why is grass-fed important?  Just like us, animals need leafy greens get the K1 to convert to K2.  If they are grain fed, animals won’t be getting their greens.

Now that the secret is out about one of the best ways to build strong bones and prevent osteoporosis, leave me a comment and let me know how you’re getting your vitamin K2.

And thanks for sharing my blog with the easy share buttons below!

From my bones to yours…..

“Vitamin K2 and the Calcium Paradox: How a Little-Known Vitamin Could Save Your Life” by Dr. Kate Rheaume-Bleue, ND

** Where to buy Natto~ http://meguminatto.com/order.html

JOIN MY BONES COMMUNITY AND RECEIVE: 5 BONE-LOVING RECIPES
You'll also receive monthly Bone Health Blogs and promotions. You can unsubscribe at any time. No comments yet. You should be kind and add one!

The comments are closed.

You'll also join my Bones Community and receive monthly Bone Health Blogs and promotions. You can unsubscribe at any time.

Browse My Blog Posts That Include RECIPES